The Ontology ”Picasso 1936 Exhibition” was organized by the Museu Picasso in 2011 as an interactive multimedia installation. It was developed in collaboration with MID (Media Interactive Design). The Installation is an Ontology, centralized in the figure of Pablo Picasso and his different semantic, institutional, or personal relations that all together allowed the first exhibition of his work in Barcelona.
I developed in two different stages te front-end visualization: a) as an interactive installation, where the connection around the artist was visible. Those elements interconnected are friends, co-workers, paintings, institutions, documents and letters. The Museo Picasso has conducted research in which precise historical documentation was gathered, hence digitalized and stored in a database developed in python. The front-end application was programmed using the C++ open-source framework called Cinder. b)The second stage is a web visualization that is now available in the following. link 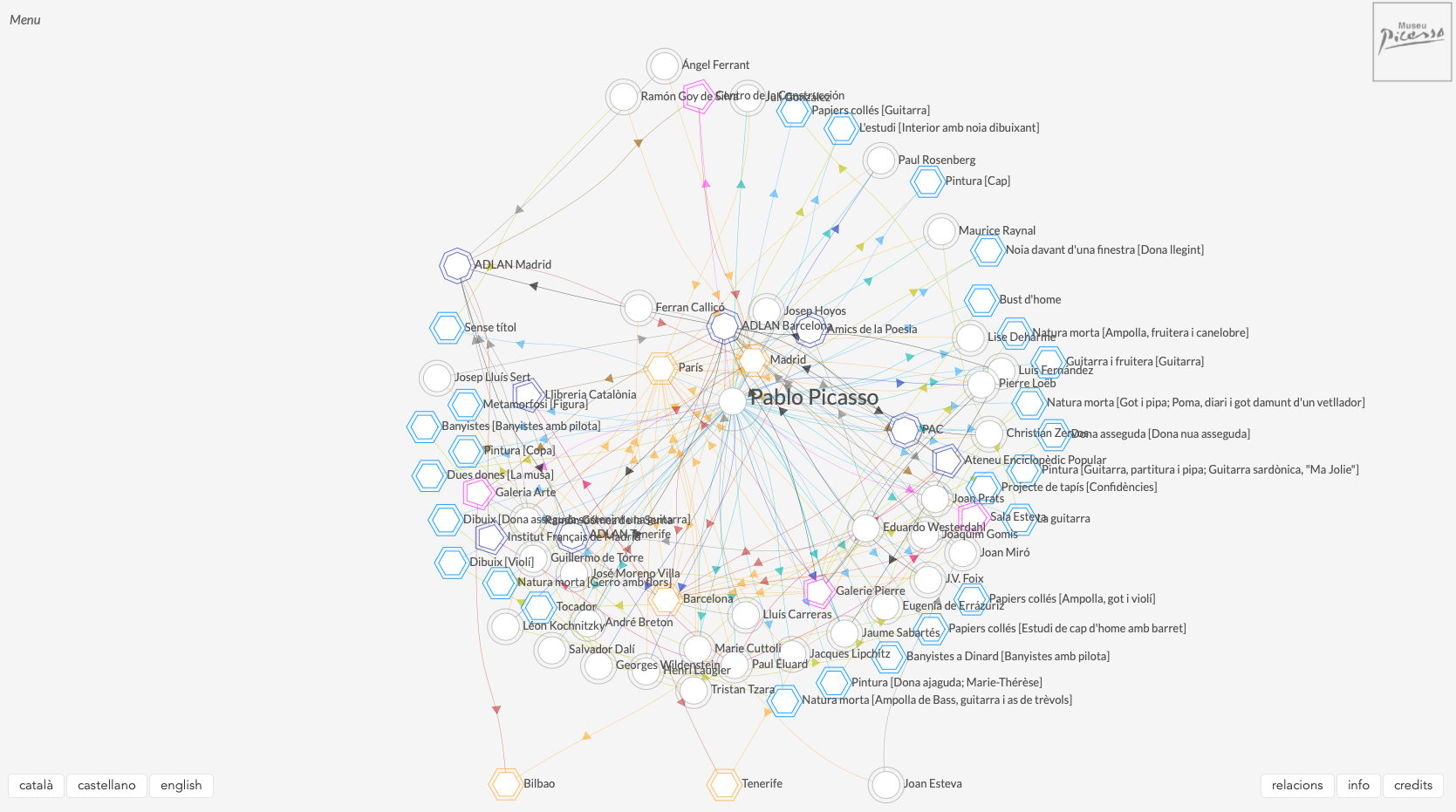 Research and conception of the ontology
Sílvia Domènech