After finishing the Master in Cognitive Systems and Interactive Media (CSIM) in Universitat Pompeu Fabra, I started to work as a research assistant and first year of PhD in Specs (2014 – 2016). During those years I worked developing the software BrainX3 (Large Scale Neuronal Data Exploration).
The original version, developed within the Specs programmers team, was made in Unity3D. The 3D brain model is projected in the eXperience Induction Machine (XIM). The XIM infrastructure has been effectively used to study human behaviour in complex situations that involve embodied interaction in ecologically valid conditions. The brain connectivity map is based on the model presented by Hagmann et al (2008) in the publication “Mapping the Structural Core of Human Cerebral Cortex“. It has 998 regions of interest (ROIs), defined by 66 Talairach subregions identified by combining Diffusion Espectrum Imaging and Tractography techniques. We superimposed brain-computer models of temporal dynamics to simulate brain activity. (more info: Network dynamics with BrainX3: a large-scale simulation of the human brain network with real-time interaction)
The application has a semantic map, matching Brodmann areas with reported functionalities with correlated network connectivity structures. To learn more read this publication.
BrainX3 C++ version: Has the goal of define, filter and visualise activity in a temporal domain of the human brain cortex in resting state. The aim is to create an interactive application to navigate and simulate zone to zone connectivity dynamics.
This version was developed using the C++ framework called Cinder.
The visualisation technique is based on point sprites shader (GLSL), which allows the rendering in real-time of ~100.000 voxels, data directly recorded by the fMRI scanner.
The dataset was released by the Human Connectome Project (HCP), and it was acquired using fMRI scanners [Siemens Trio (TQ) ~ 28mT/m, Verio (VQ) and Skyra (XQ) ~ 24 mT/m] with a 2mm and 2.5 mm isotropic resolution giving a raw data of ~100.000 voxels with time-series activity recorded in 0.72Hz. Each voxel has a timestamp with 1200 steps.
BrainX3 is designed for two scenarios: one as a Desktop Application and the second as an immersive application in a virtual reality environment, which combines computational power with human intuition for the exploration and analysis of complex brain dynamical networks (See more here). 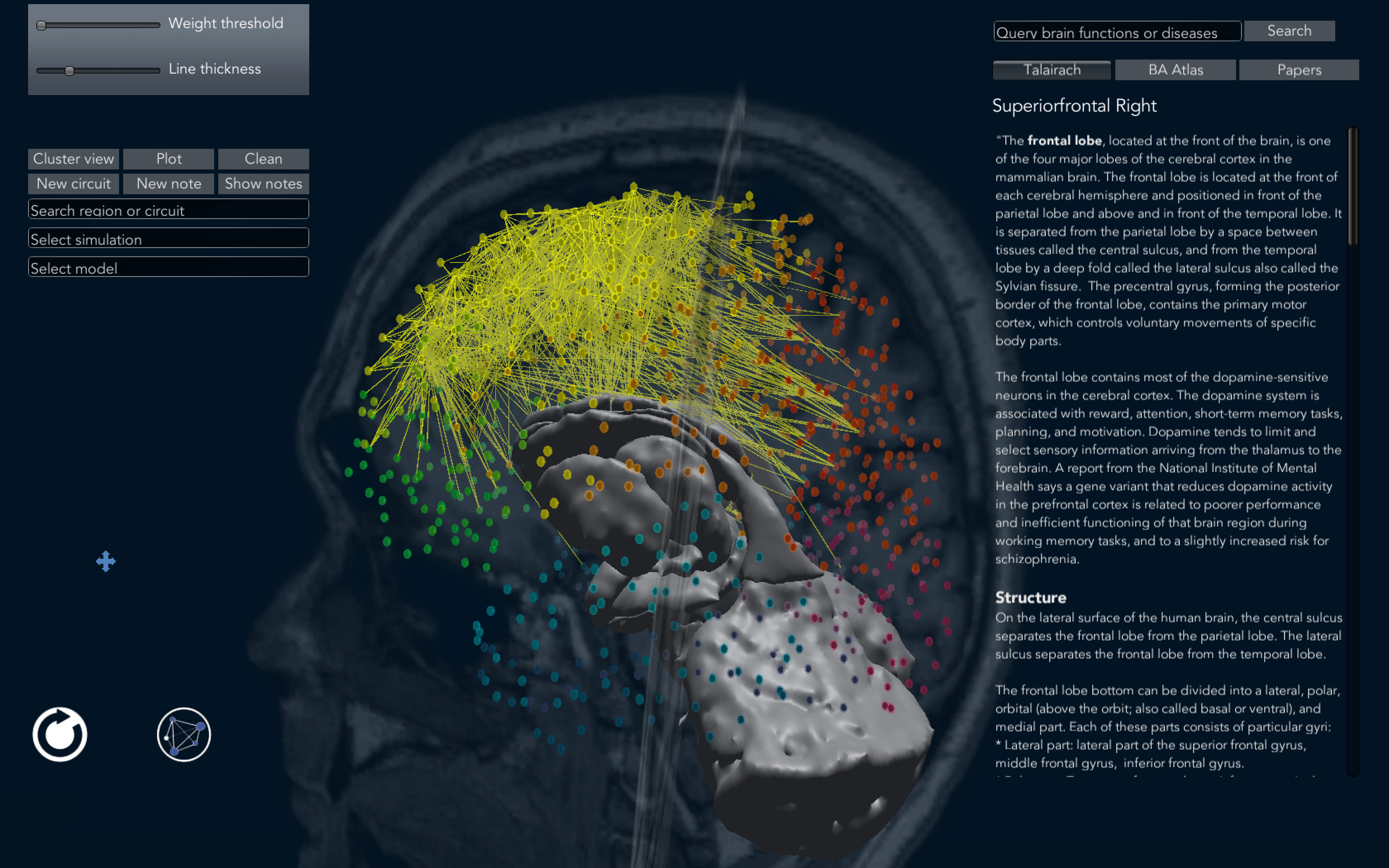 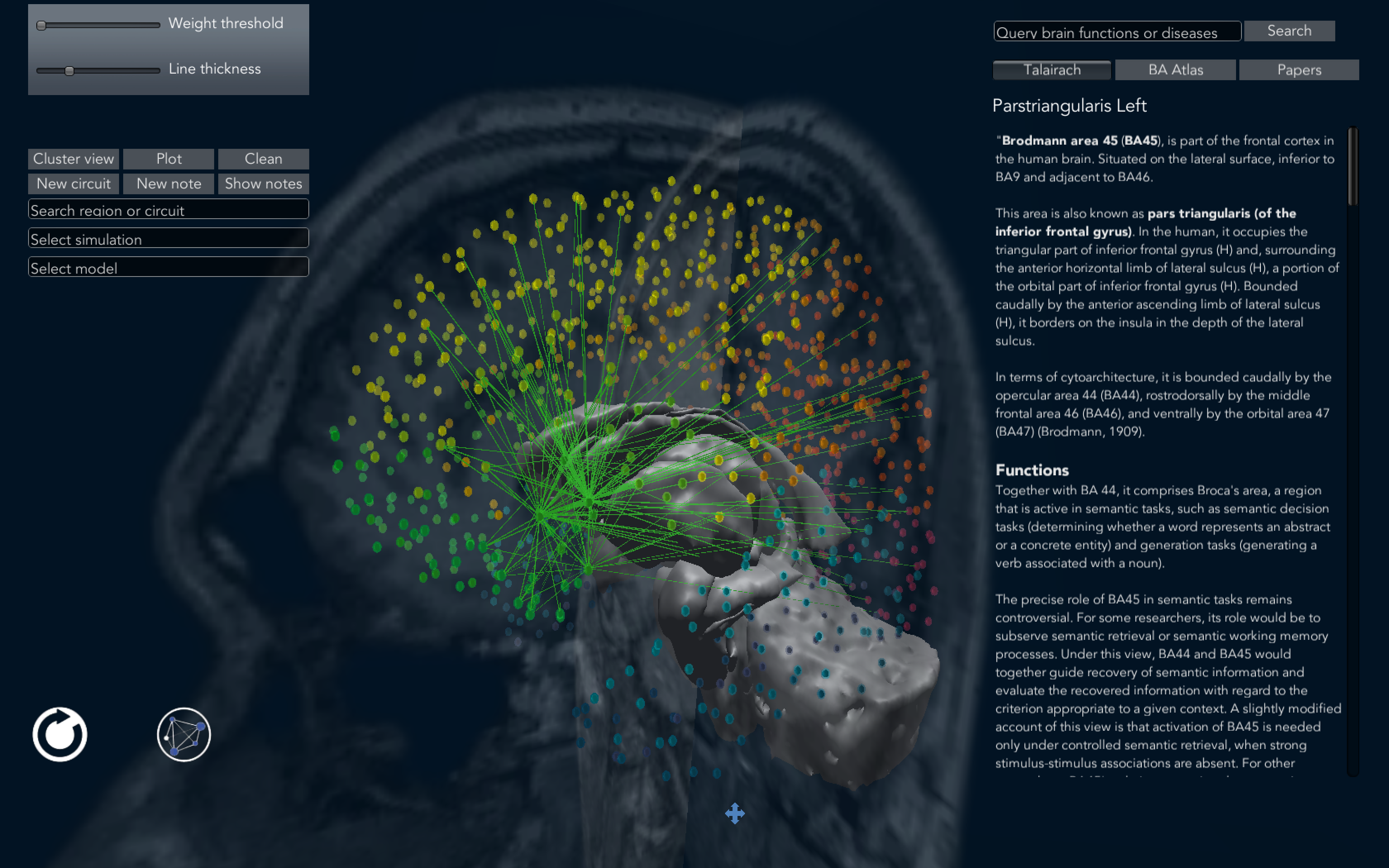 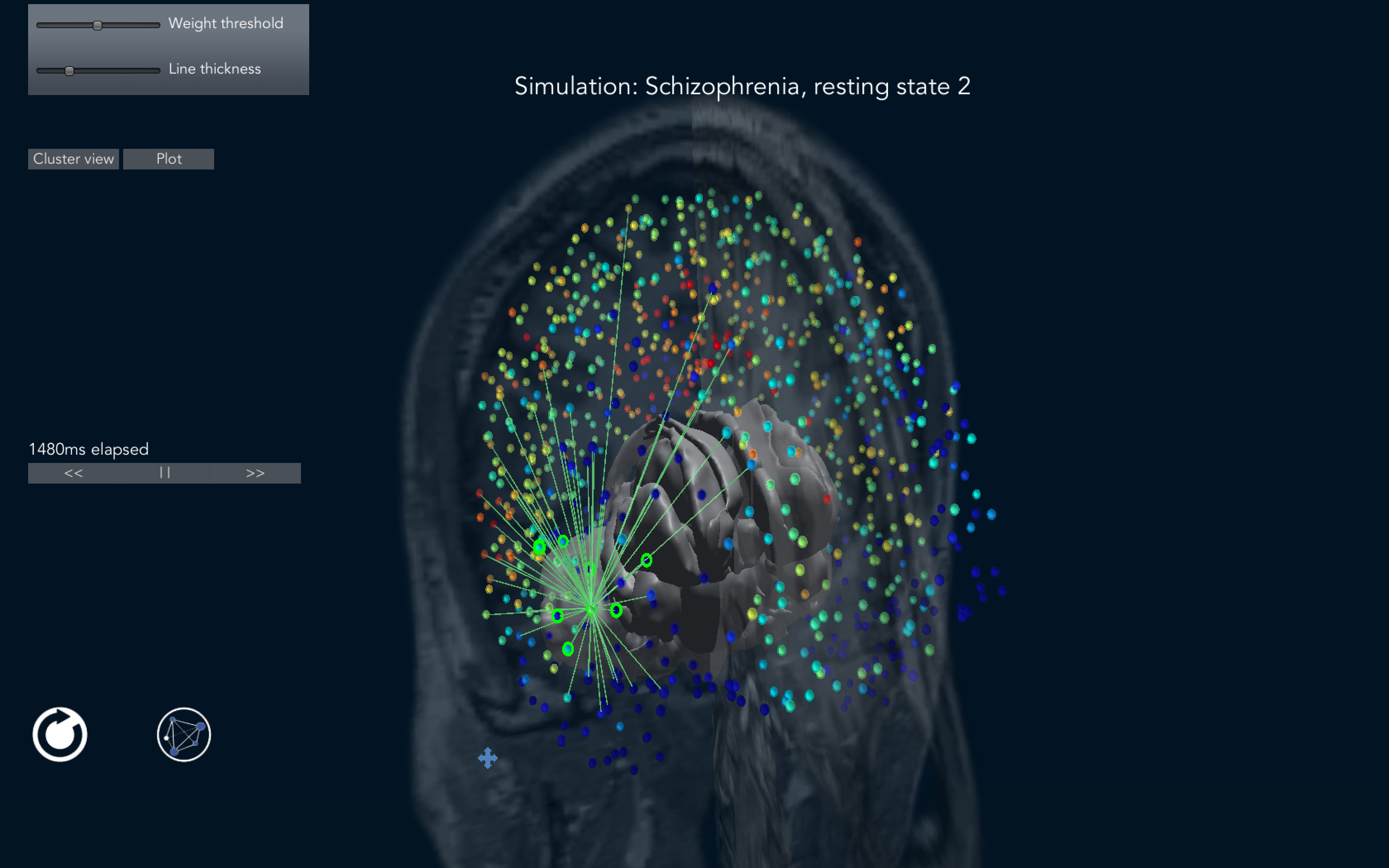 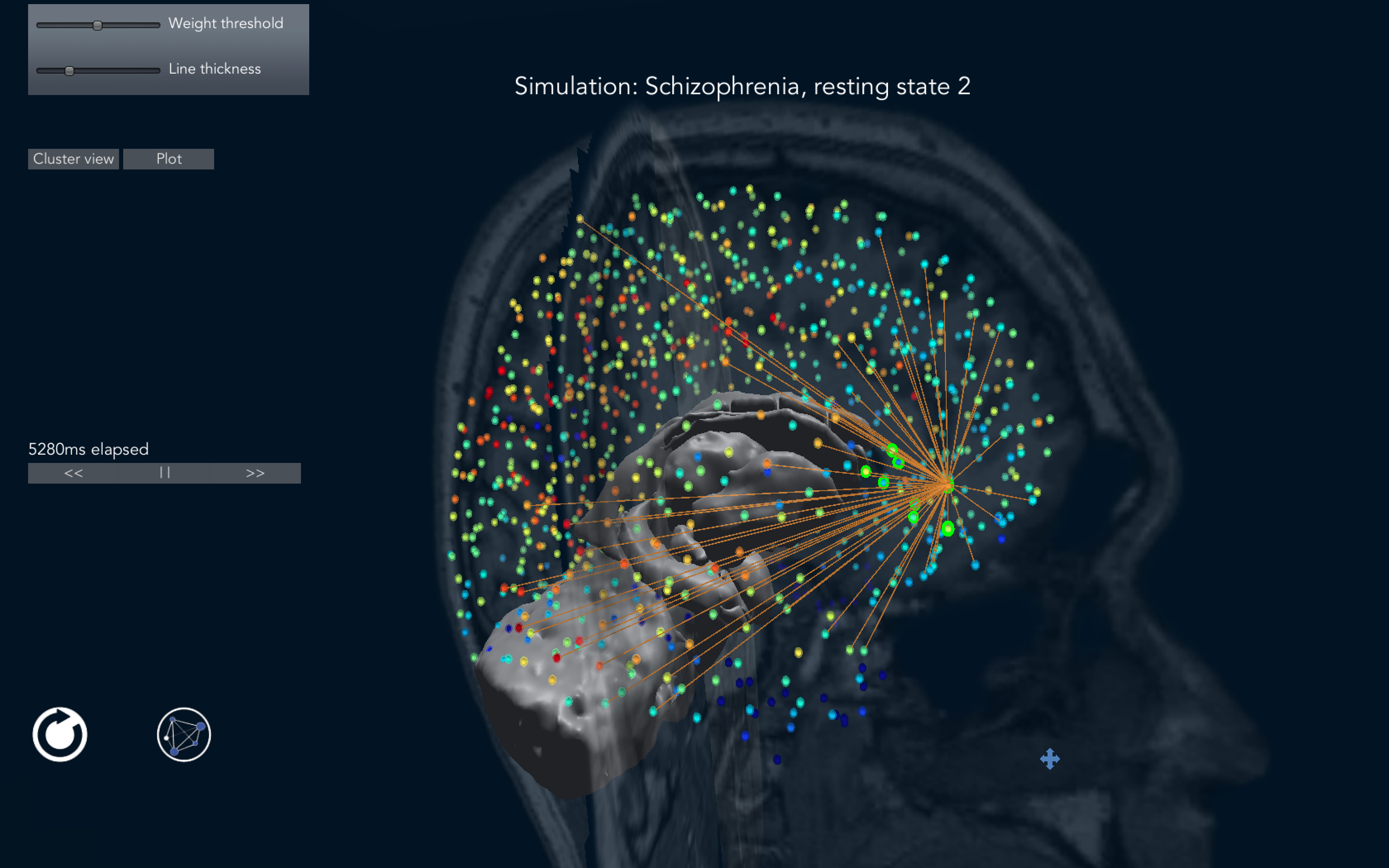 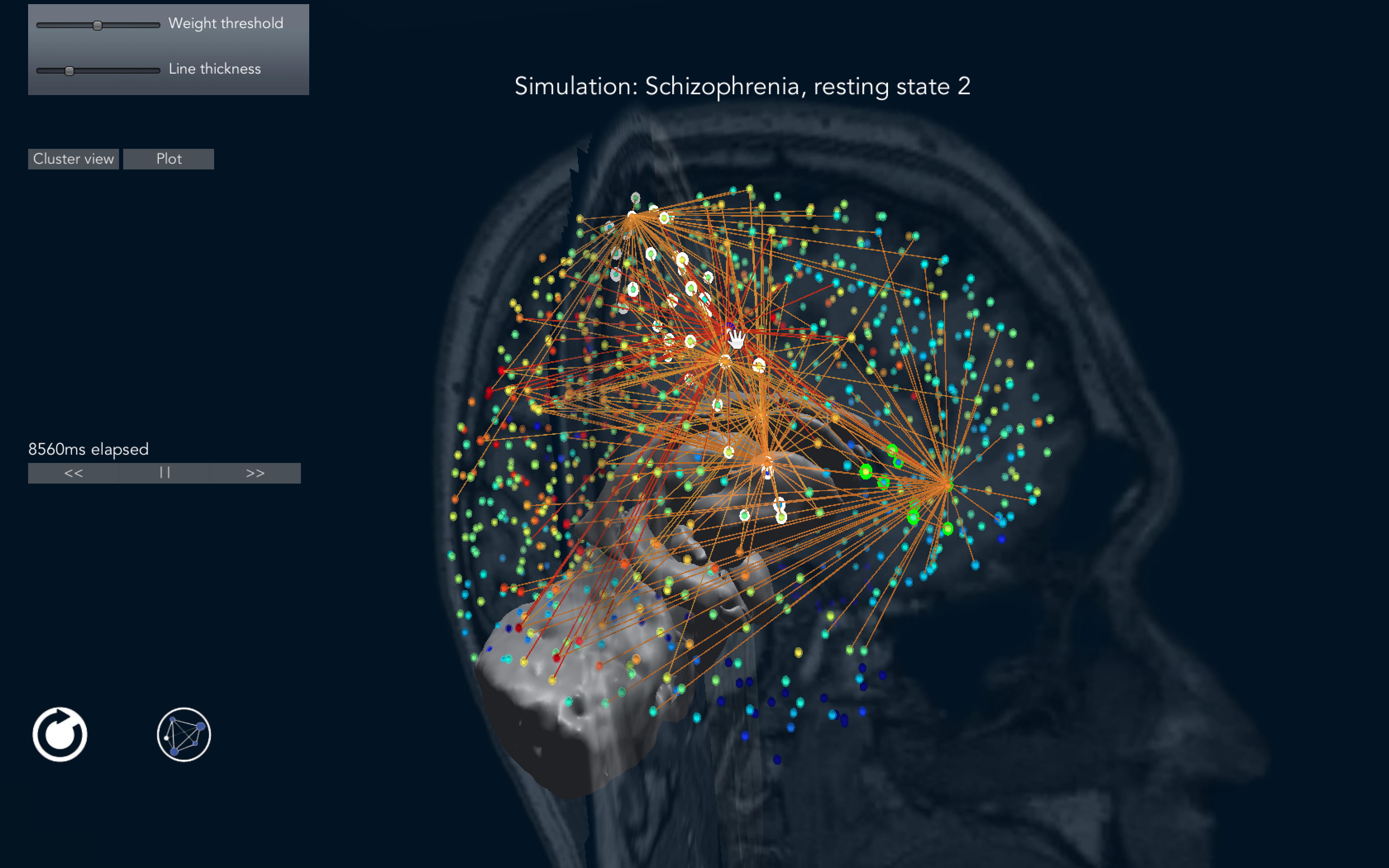 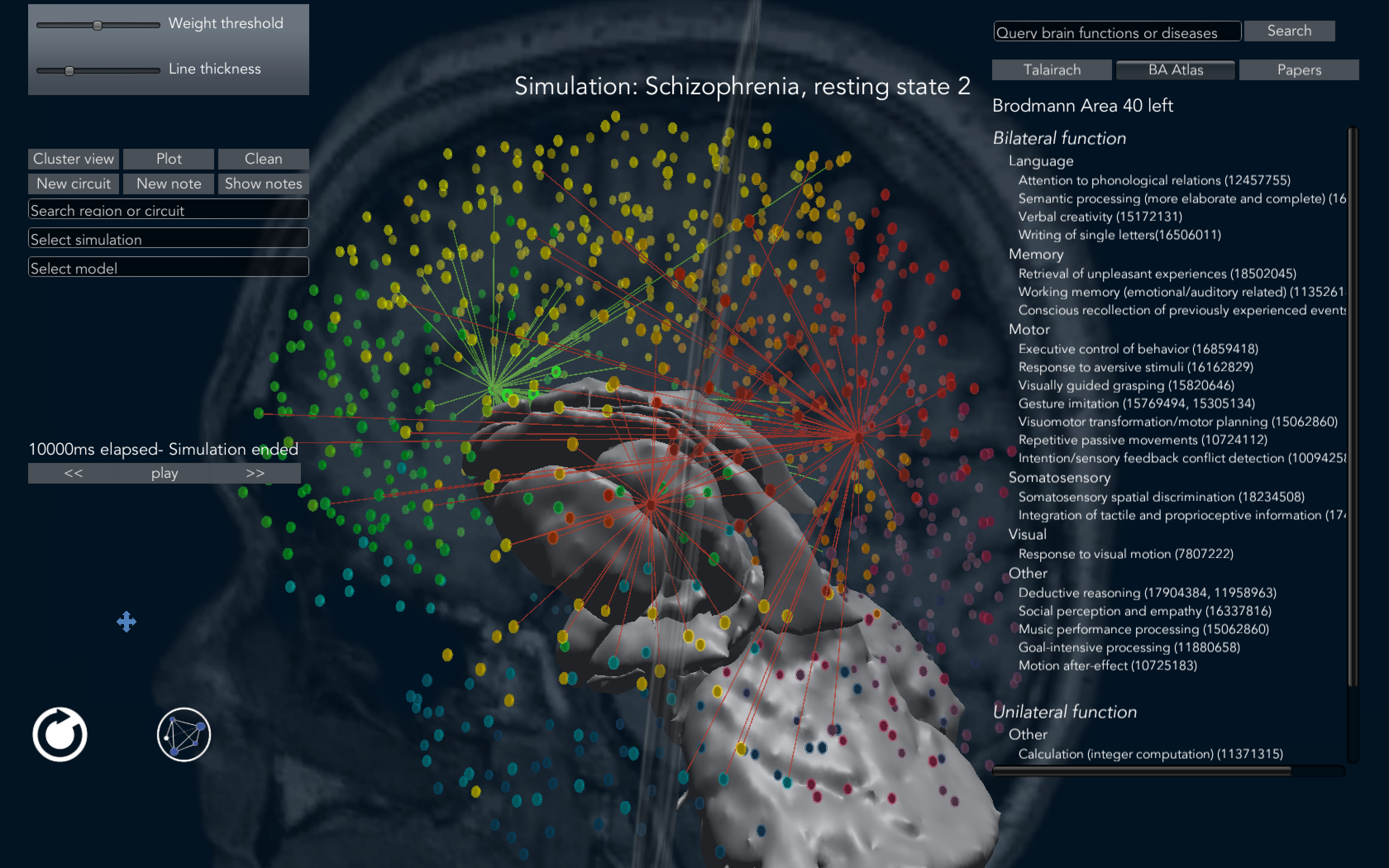 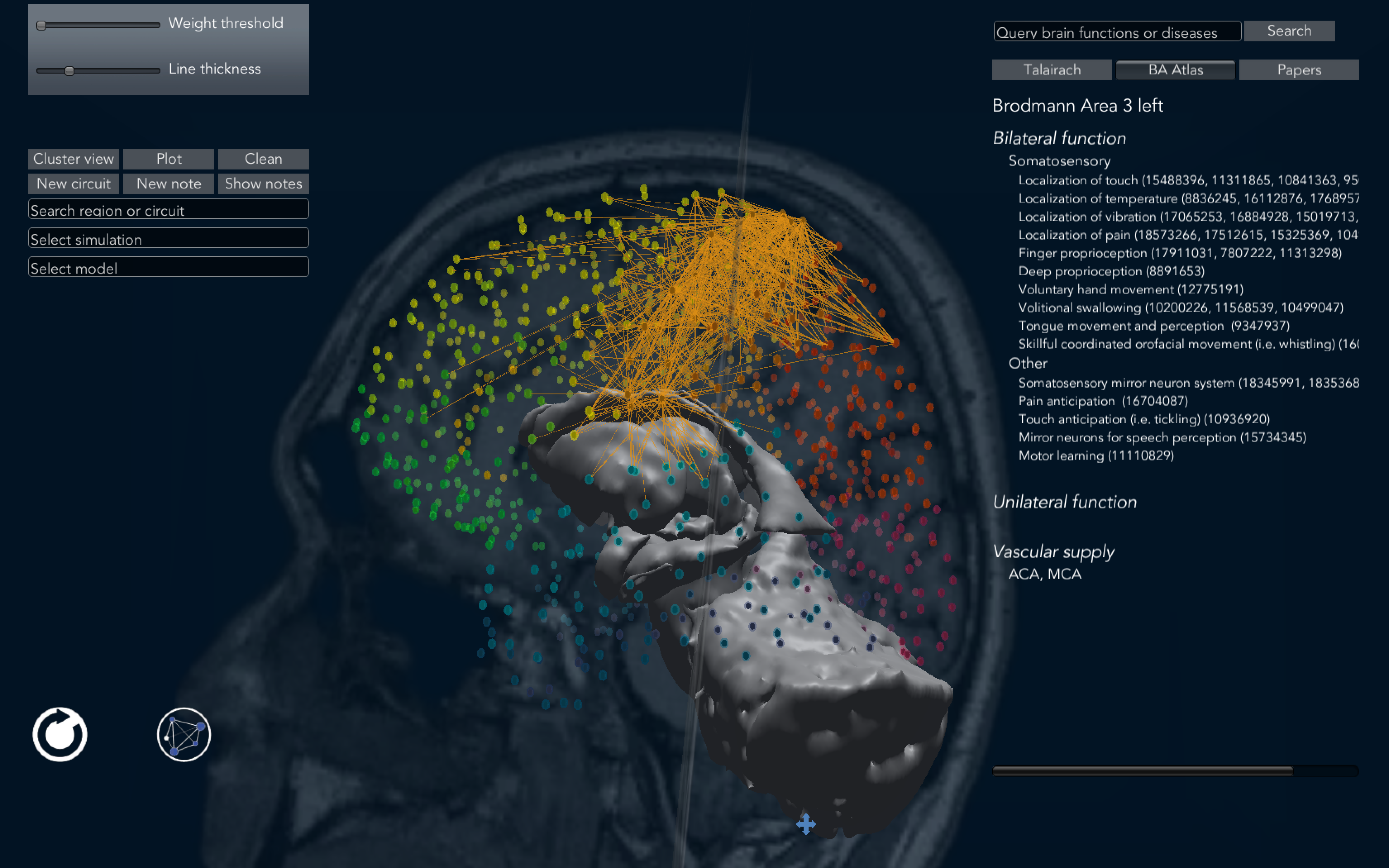 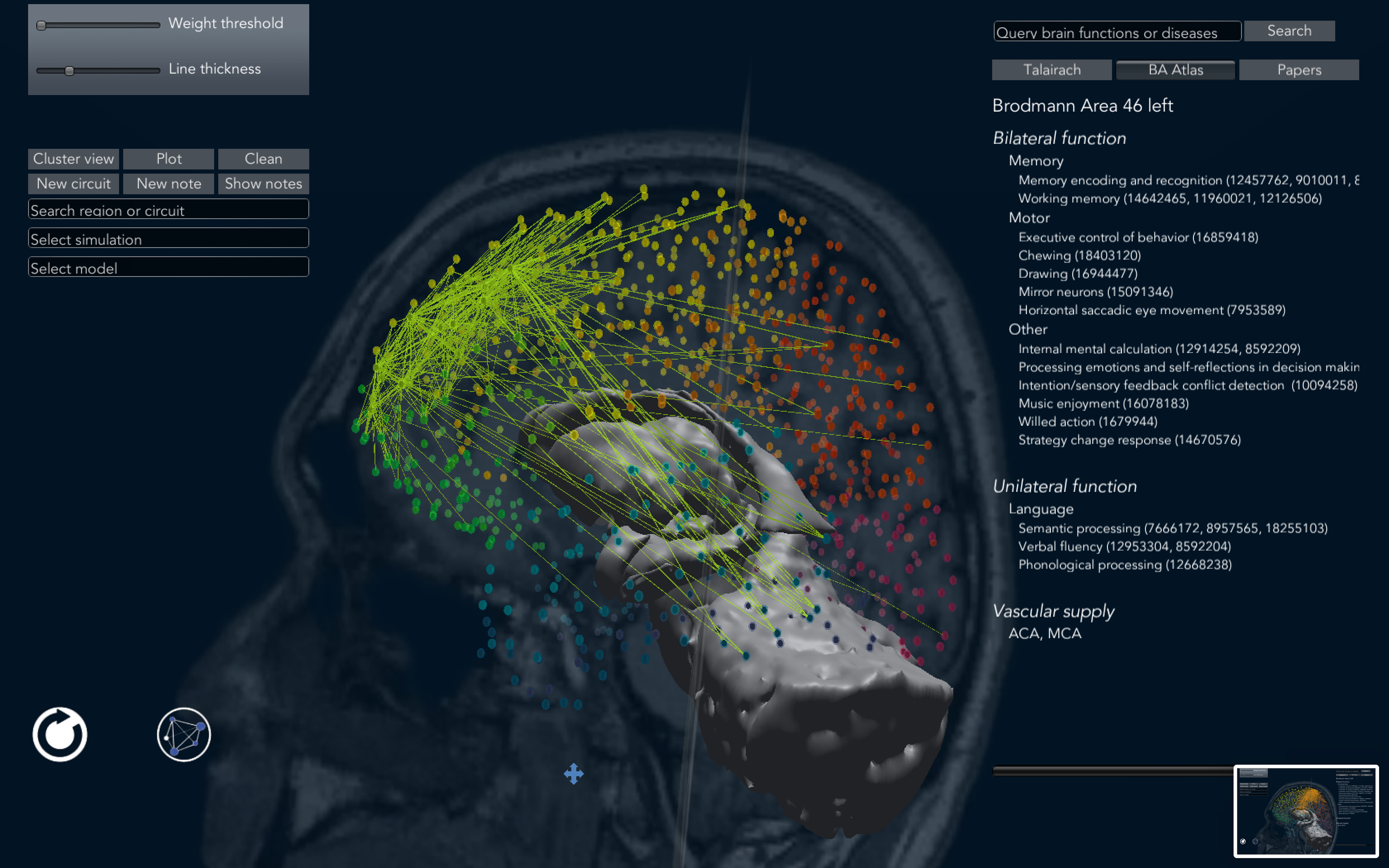 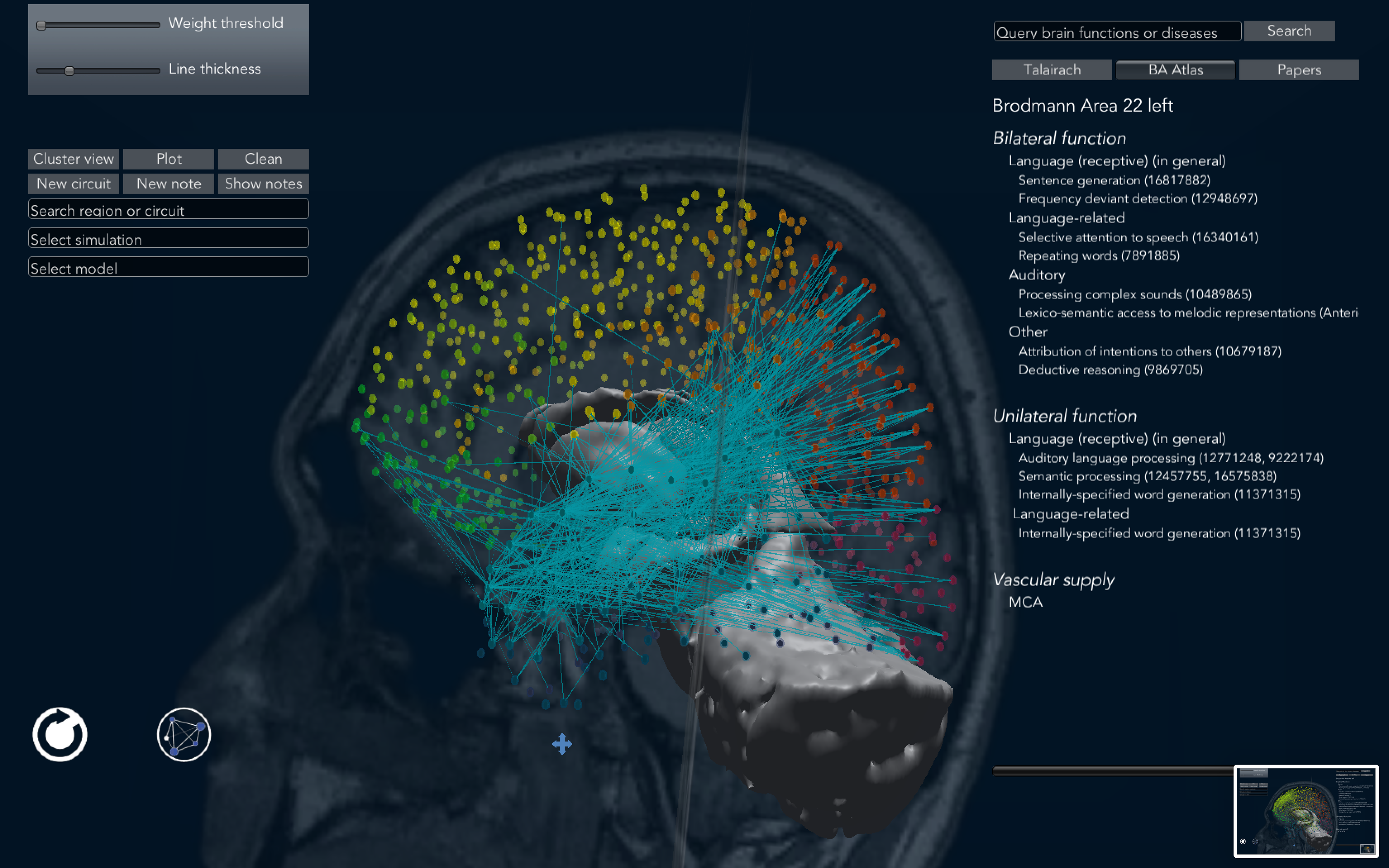 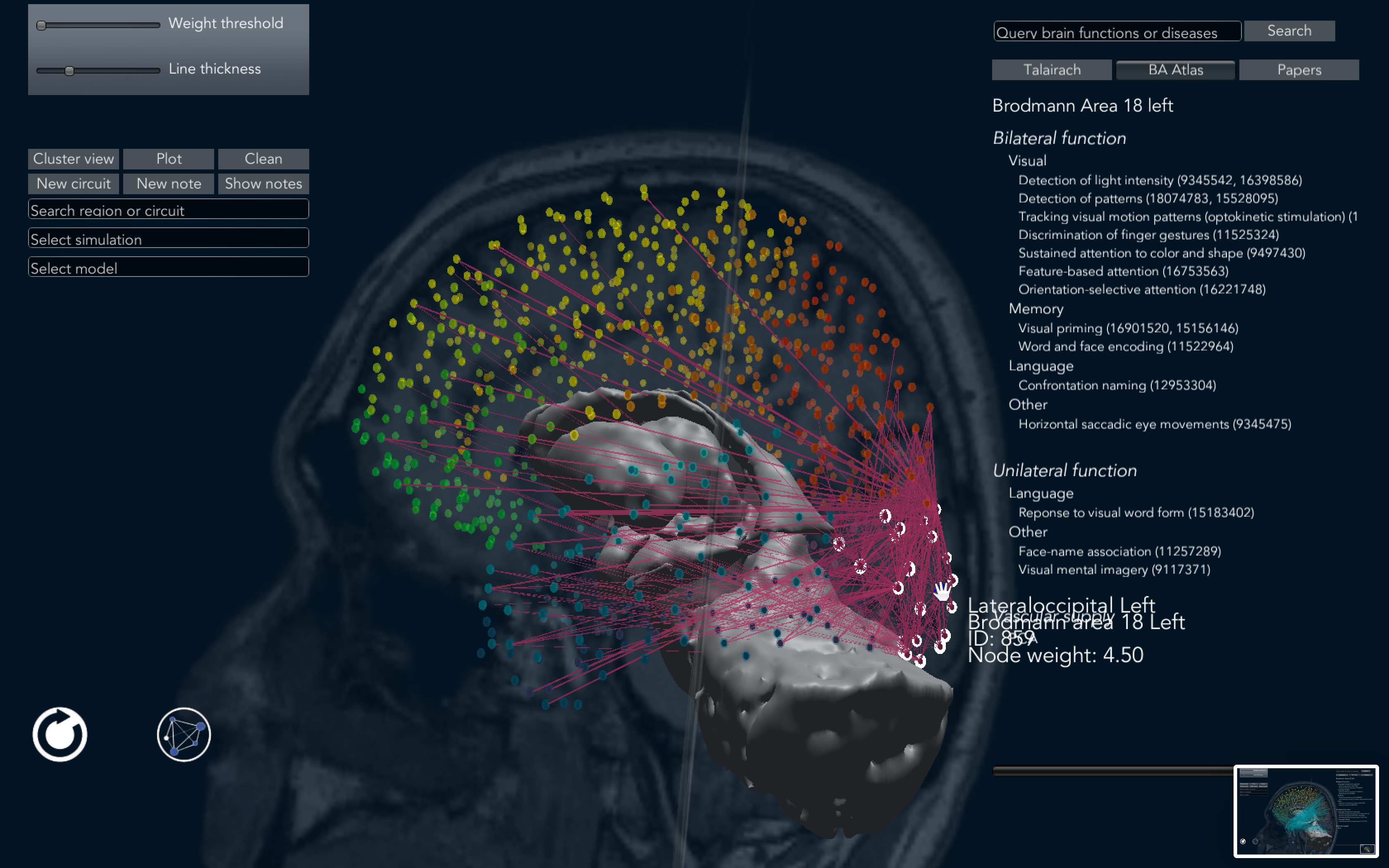 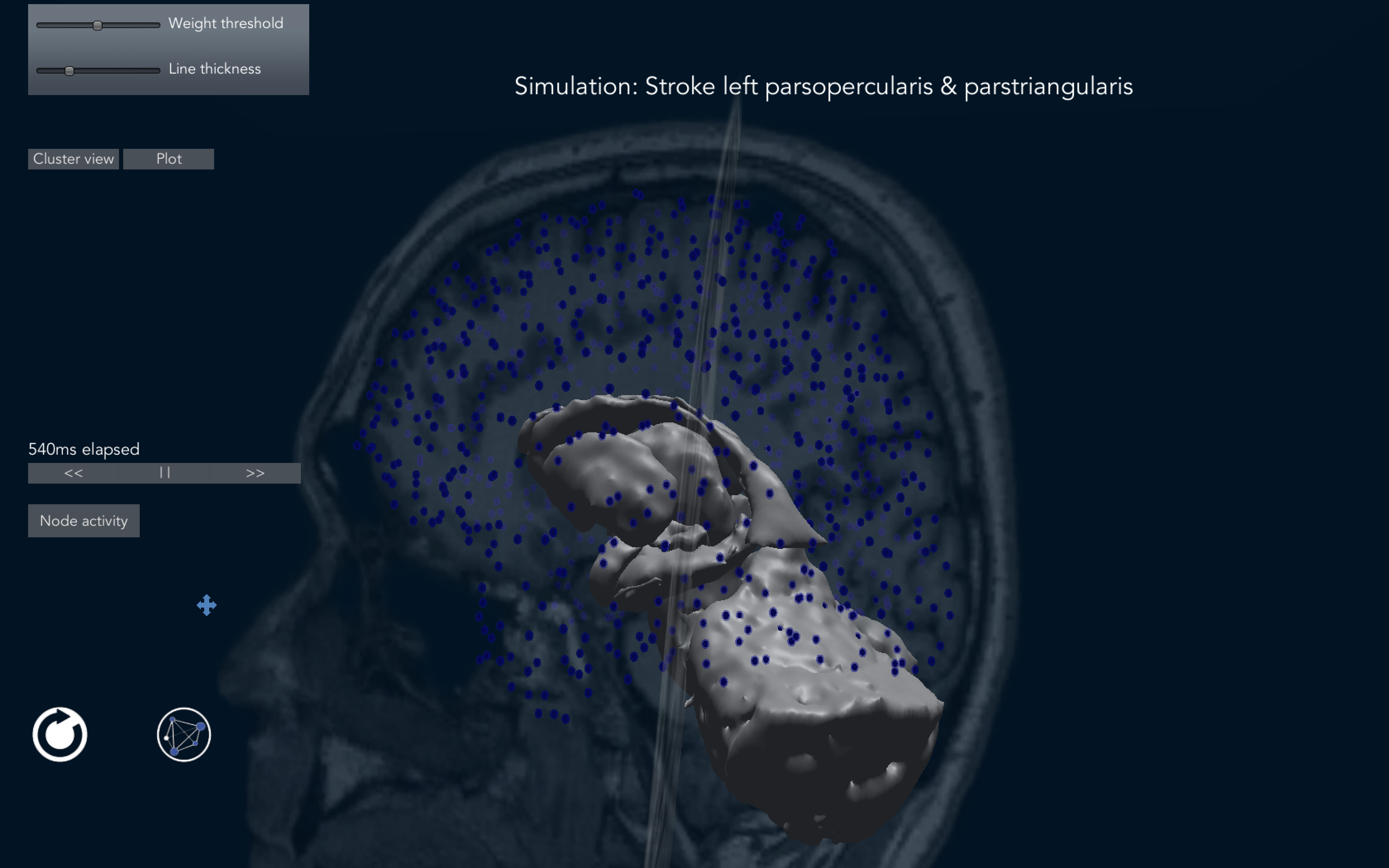 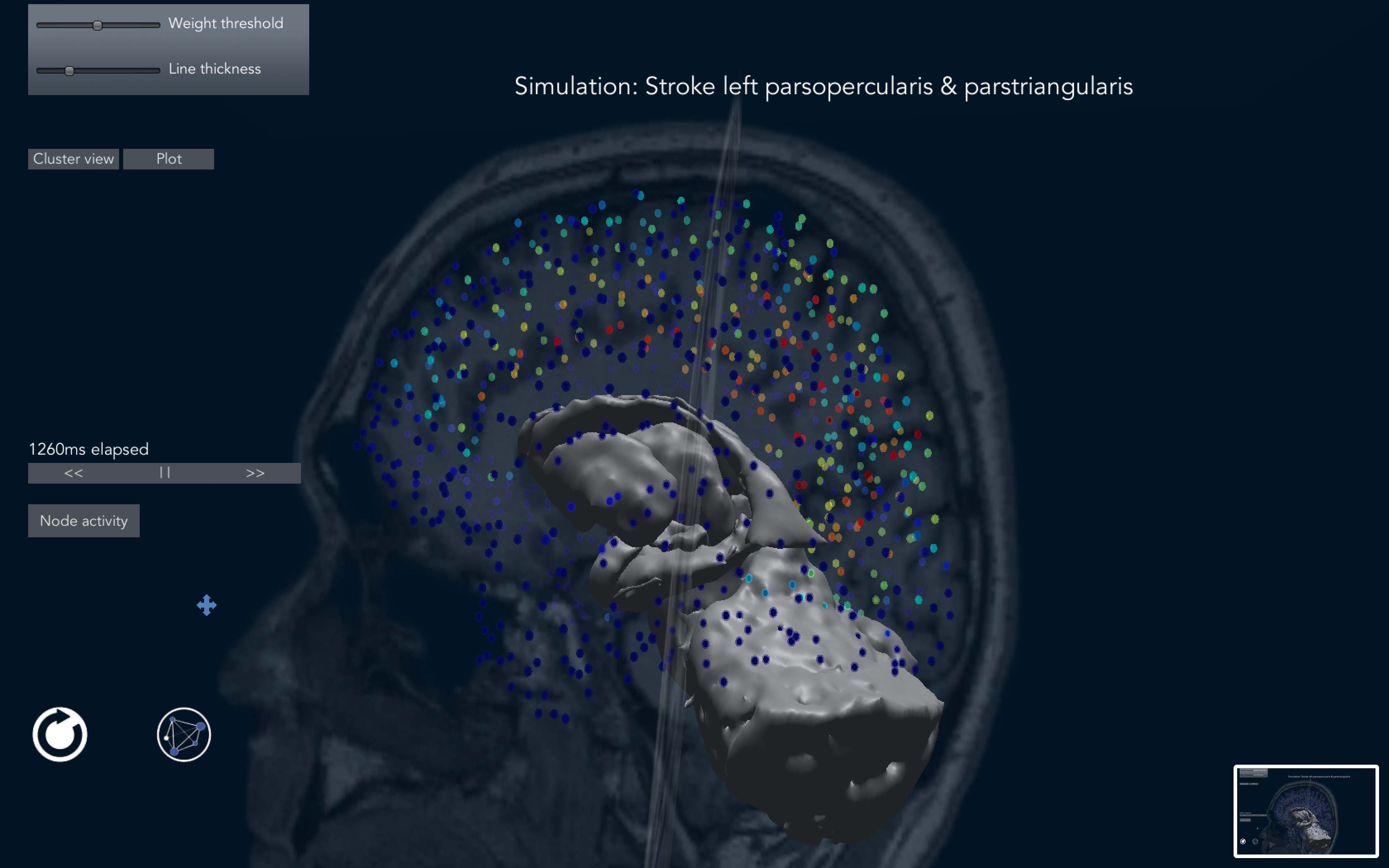 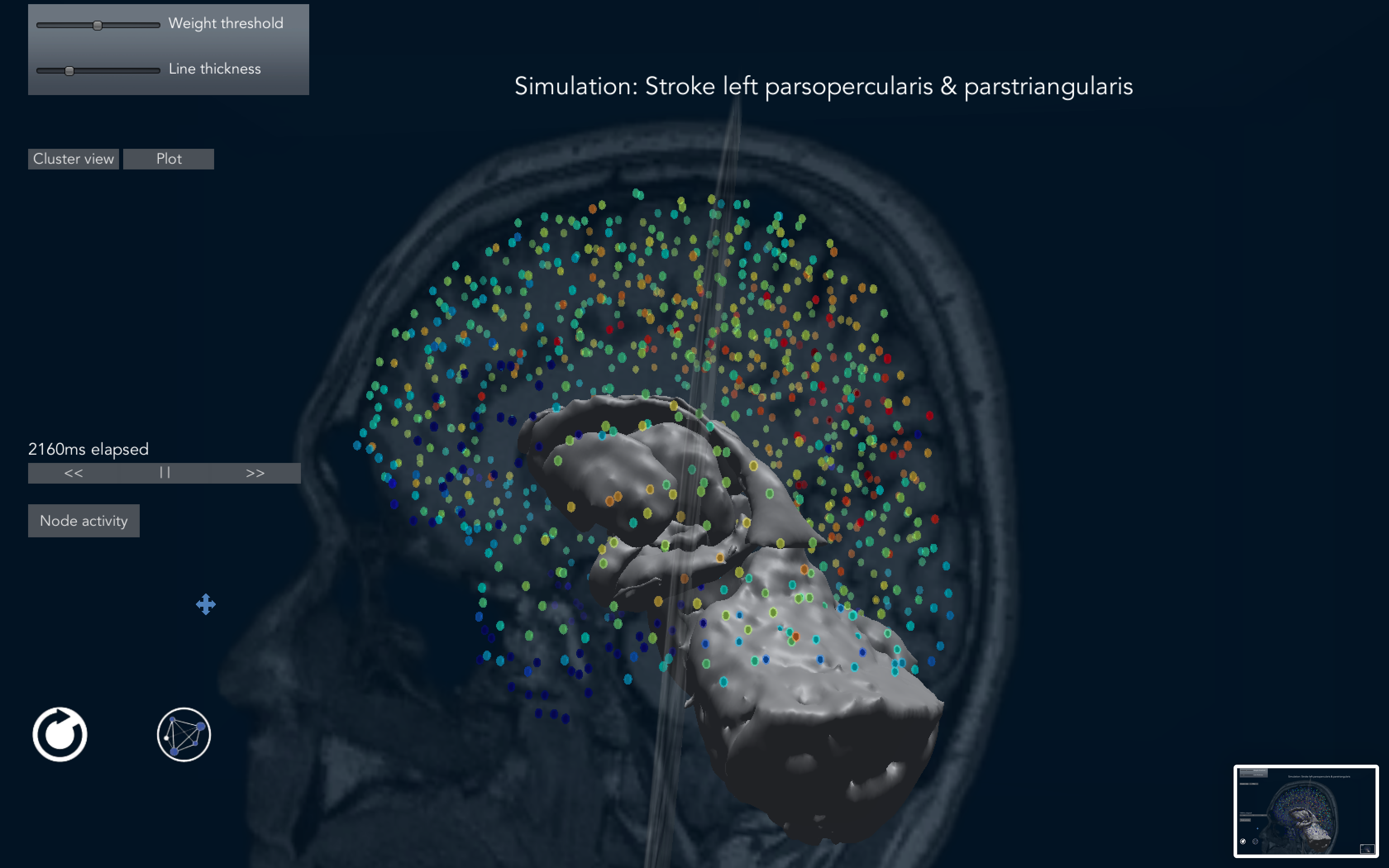 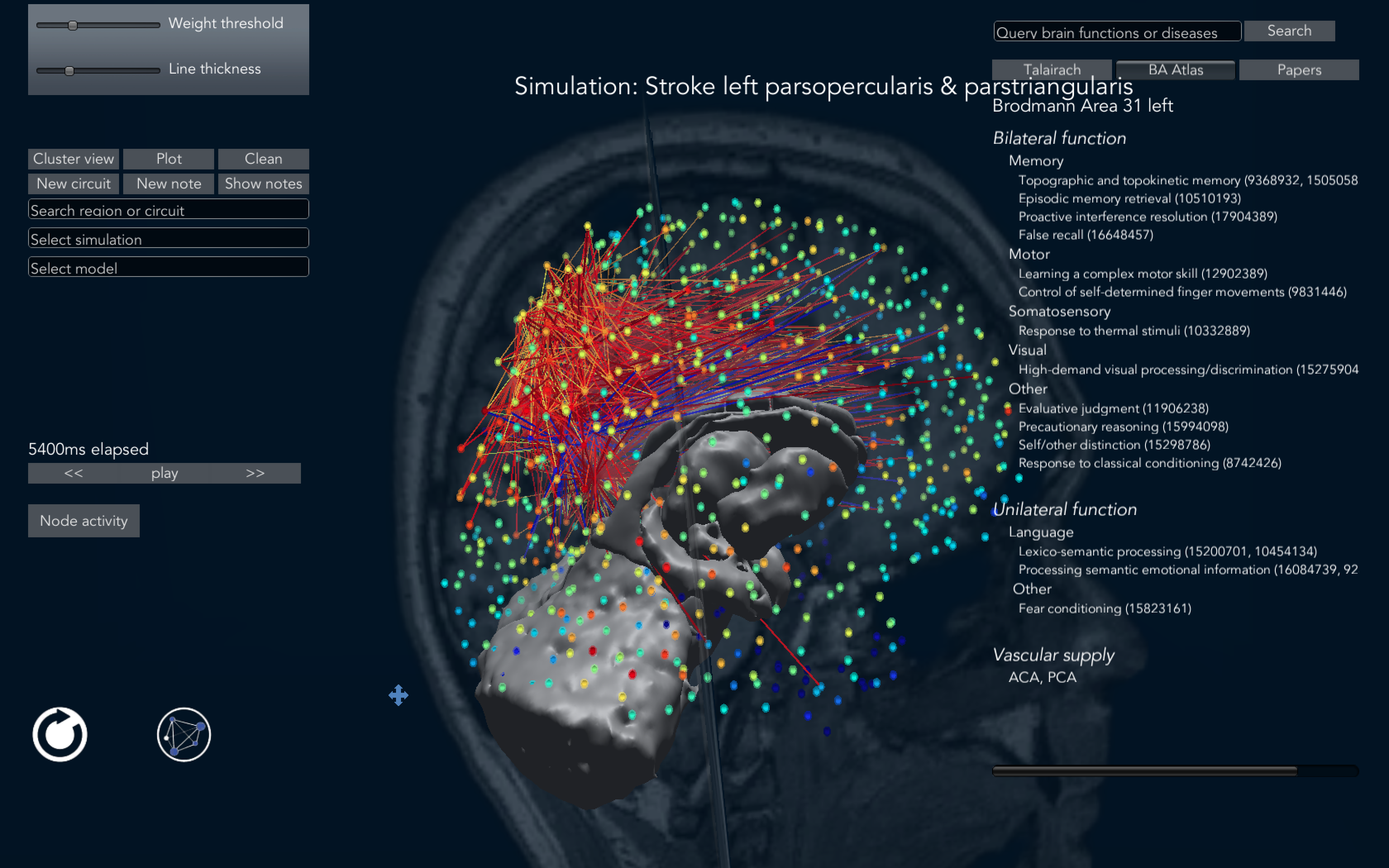 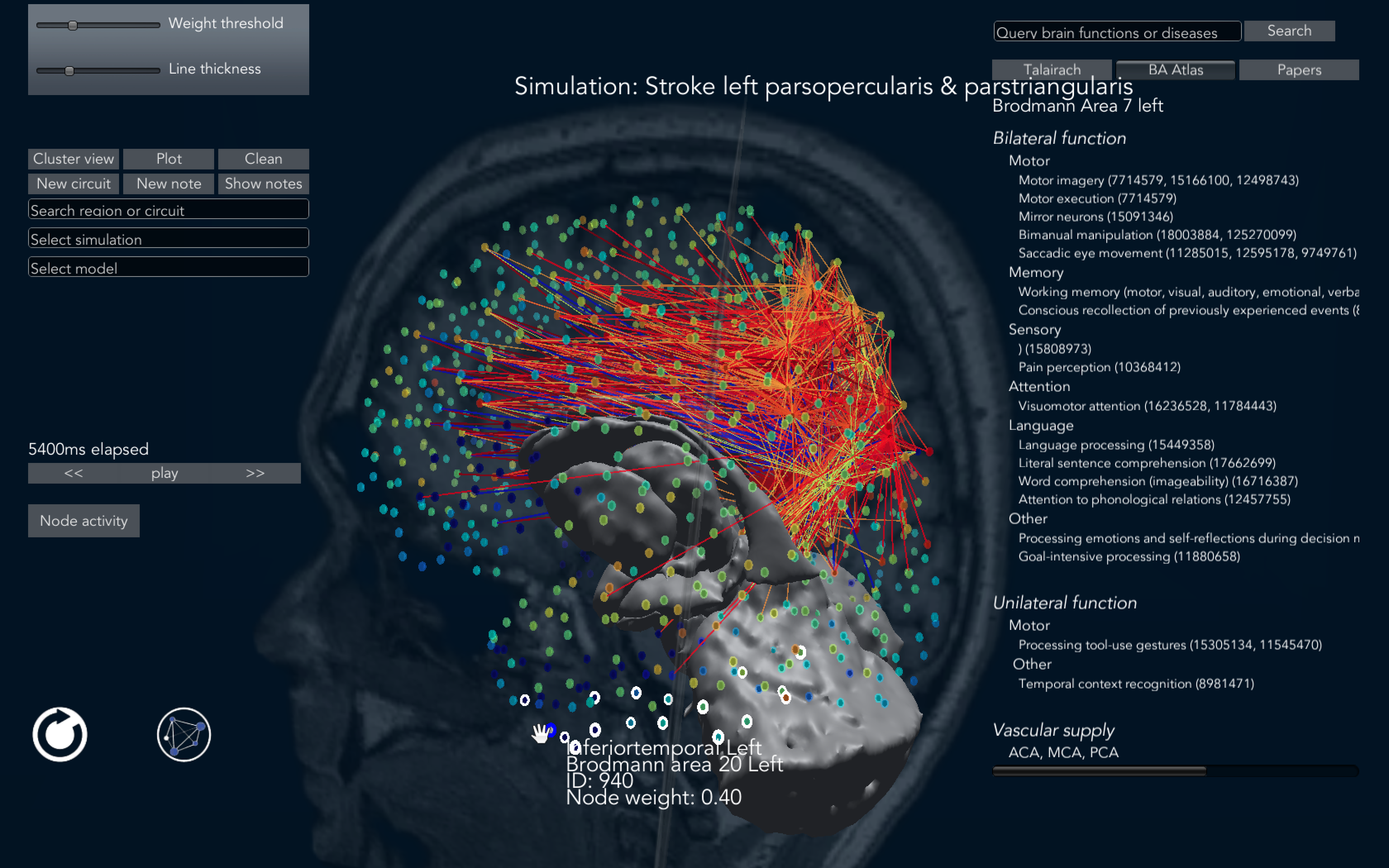